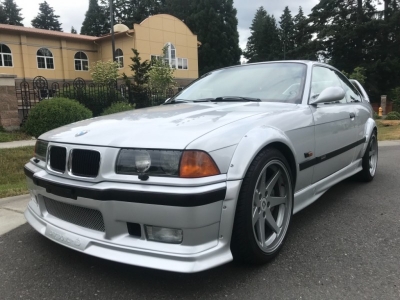 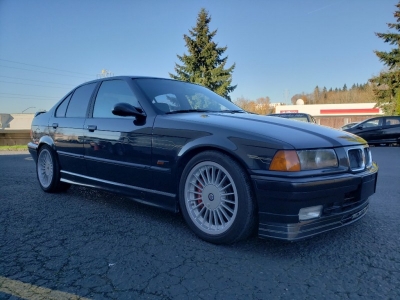 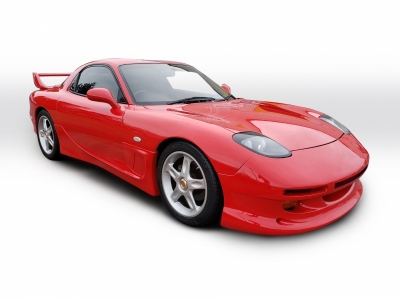 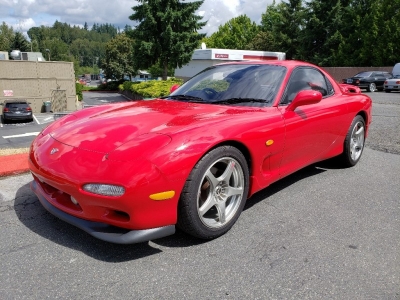 Price
$26,995
Schedule a Test-drive Contact Us Name Your Price Value Your Car Print

These are extremely rare and cool cars!! This Alpina B3 is most comparable to a lightweight edition E36 M3 (which are $150k plus)... They have more HP, torque and less weight that the LTW M3 as well an inverted HD bilstein shocks, bigger sway bars and a tighter rack!!

The cars miles have been verified authenic through a third party, and is bonded and insured.

We have the original alpina books, as well as shaken reports and maintenace records included with the sale. The Alpina is turn key, and reasy to enjoy!! The prices are only going to go up on these as more come into the states.. What was once unattainable, is finally here!

With around 250 hp on tap from a reworked M50B25TU straight-six, performance potential should be very similar to a comparable E36 M3/4/5 (M3, four-door, 5-speed), albeit in a more exclusive package.

Although quite early, at least in terms of US-market availability for the E36, the B3 3.0 was actually the second Alpina model based on the platform, with the rarer B6 2.8 having come before, and production reaching 220 units between March of 1992 and June of 1993. Nonetheless, this 1993 B3 3.0 was still made years before the platform facelift of 1996, and has a number of easily noticeable early-model qualities about it. Based on the production 325i sedan, modifications included an Alpina-specific aero kit made up of a low-slung air dam, along with side skirts and a small trunk lid-mounted spoiler.

Much of the running gear, wheels and suspension were carried over from the B6 2.8, and included Bilstein dampers and 17 Alpina multi-spoke wheels wrapped in significantly upsized 235- and 265-section tires front and rear, respectively. Brakes also used larger ventilated rotors up front, but this example appears to be fitted with a big brake kit. Badging and the model designation remain in place on the rear, and the color is listed as Diamond Black (Diamantschwarz) with gold Alpina graphics. Mirrors are aero items that resemble the type worn by the M3.

Inside, Alpina-fitted wood trim is found on the center console and door panels, while gauges wear the company's signature blue on their faces. The steering wheel was updated from the B6 2.8 to the B3 3.0, but keen eyes will notice that this early E36 is devoid of airbags for either front passenger. Alpina cloth upholstery still shows well.

Up front lives the three-liter version of BMW's M50B25TU 24-valve straight six which features VANOS variable cam timing on the intake side. Original output for this engine was 190 horsepower at 5900 rpm with 184 lb. ft. of torque at 4200, figures that were improved significantly to 250 and 236 (respectively) through increasing displacement, fitting Mahle pistons, performance camshafts and Alpina's own exhaust system. This one has a few visible modifications in place, such as silicone cooling hoses and a strut brace of some kind, but the wide-runner intake manifold appears to be the factory unit. Maintenance records are included.

Performance was quite respectable for the era with a zero to 100 km/h (62 mph) time of 6.4 seconds and top speed of 164 mph. Interestingly enough, the B3 3.0 was several thousand Deutschmarks less expensive than the B6 2.8 that it replaced, which meant it also undercut the M3 which was just hitting the streets exclusively in coupe form around the time this example sold new.

Vehicle Disclaimer: All vehicles are one of each. All vehicles are Used. A dealer documentary service fee of up to $150 may be added to the sale price or capitalized cost. All offers expire on close of the business the day subject content is removed from website, and all financing is subject to credit approval. Prices exclude tax, title, and license. All transactions are negotiable including price, trade allowance, interest rate (of which the dealer may retain a portion), term, and documentary service fee. Any agreement is subject to to execution of contract documents. Every reasonable effort is made to ensure the accuracy of this data. Please verify any information in question with a dealership sales representative before purchase.

Just gfot this RE amemiya FD rxy back form paint, and an entire engine rebuild done by a local ro ...

You have no vehicle saved.